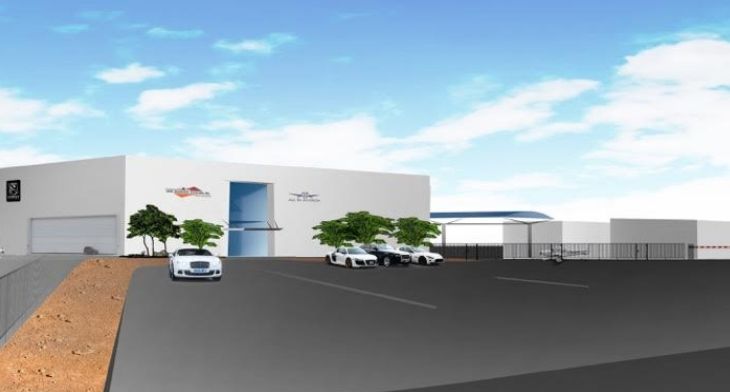 All in Aviation and Cirrus maintenance partner, Lone Mountain Aviation, have said construction is progressing on their new hangar complex at Henderson Executive Airport, in Las Vegas.

Construction (by NDL Group) is expected to be completed by the end of the year, while the grand opening of the “first purpose-built multi-use aviation complex of its kind at HND” is scheduled for Spring 2020.

The facility will include 9,000 square feet of office space, five training rooms, a full-size classroom, a library, conference room, an avionics workshop, a pilot shop, a parts department and a 22,000 square-foot maintenance hangar, as well as new aircraft hangars.

Speaking to Regional Gateway, Paul Sallach, owner and president of All in Aviation confirmed: “We are presently ahead of schedule. Our general contractor gave us a range of 6-9 months once construction commenced, and we began on 1 May.”

He explained the decision to build the new hangar complex came as: “We were simply looking to provide a solution to a problem that we saw existed. At Henderson Executive Airport, there is no OEM supported maintenance provider, the hangar occupancy is 100% leased, requiring outside storage in extreme heat, and there is a lack of high-performance and modern aircraft rental and flight training.”

The companies aim to address these challenges with the new facility, with Lone Mountain Aviation serving as an FAA Part 145 Repair station with service contracts for Cirrus, Cessna, Piper and Pratt & Whitney and others, and All in Aviation providing Cirrus aircraft rental and flight training, and new aircraft hangars for lease.

The 25 aircraft hangars will include 16 ‘T’ hangars – capable of storing small personal aircraft such as a Cirrus SR22 and nine box hangars which will be able to accommodate mid-size business jets. The hangars are already 90% preleased, with just three box hangers now available.

The companies first presented to the Clark County Department of Aviation in April 2016 and the project has taken several years to reach this stage with a few delays along the way. Sallach comments, “It took three years to get through all the planning, approvals, permits, etc. and we are excited to see the light at the end of the tunnel.”