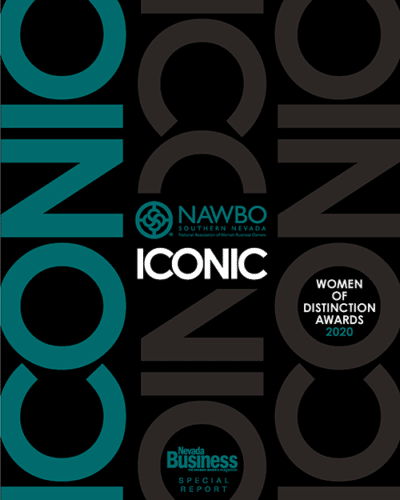 The National Association of Women Business Owners (NAWBO) is the voice of America’s 10.6 million women-owned businesses. Since 1975, NAWBO has helped women evolve their businesses by sharing resources and providing a single voice to shape economic and public policy.

NAWBO is a non-profit organization of more than 5,000 members that represents women business owners across all industries. NAWBO Southern Nevada is one of about 60 chapters across the U.S.NDL

Wendi Schweigart has been named as a finalist for the 2020 NAWBO Woman of Distinction Awards in the category of Philanthropy/Community Service. 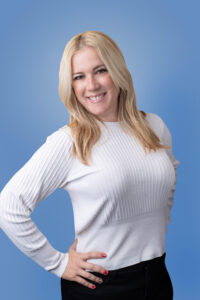 Wendi Schweigart is the director of marketing for NDL Group, Inc. and founder of Project Marilyn, Inc. A lifelong resident of Las Vegas, Wendi graduated from Bonanza High School and attended UNLV. She has over 20 years of experience in commercial land development, leasing and property management. In addition to Wendi’s labor of love, Project Marilyn, she is chair of the CREW (Commercial Real Estate Women) Cares Committee and serves on the board for the American Cancer Society. Wendi is passionate about issues involving women and young girls as well as raising awareness for cancer research and support.

“The mission of the National Association of Women Business Owners (NAWBO) Southern Nevada is to educate, empower and promote women business owners to experience success in all economic, political and social arenas. The organization provides informative and success driven monthly meetings which include time devoted to networking with other women entrepreneurs.The first meeting of Southern Nevada’s chapter of NAWBO was held on February 26, 1990. The inaugural class had 52 members and the meeting was standing-room only. That early success was contagious and, only two years after forming, the first NAWBO National Conference was held in Las Vegas.

The conference had record attendance including nearly 200 walkins. In 1995, just five short years after forming, three NAWBO Southern Nevada members were elected to the Nevada delegation for the White House conference on small business.In 1998 the chapter launched the Women of Distinction Awards, honoring women from all walks of life for their work in improving Southern Nevada’s business landscape. This year’s Women of Distinction Awards, known as WODA, features remarkable women from a variety of industries and backgrounds. Their strength, poise and success are an inspiration to Southern Nevadans. Nevada Business Magazine and NAWBO applaud their hard work and honor their commitment to the Battle Born state.

Congratulations to the 2020 class of WODA finalists.